Huddlestone hoping to be fit for Milan clash 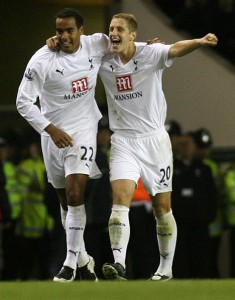 Tottenham midfielder Tom Huddlestone hopes to return from an ankle injury in time to help Spurs in the Champions League clash with Milan.

The England international has been out since November after undergoing surgery on his ankle, but he should soon be ready to return to full training.

“Straight after the operation it was suggested three months which would take me to the day before the first AC Milan game,” Huddlestone told Sky Sports News.

“So hopefully the game or two after that I should have had a week or 10 days of full training and be in contention to be on the bench.”

Huddlestone is unlikely to be in contention for the first leg at San Siro on 15th February, but with or without him, Spurs stand a decent chance of pulling a surprise and qualifying for the second round.