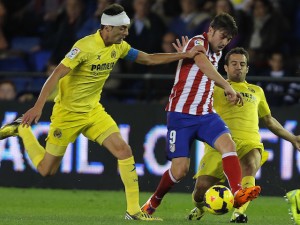 Leganes made an important step towards the next stage of Copa del Rey as they recorded a 1-0 triumph in the first leg, and it’s now up to Villarreal to try and overturn the deficit at their El Madrigal.

The Yellow Submarine have done well since Javi Calleja took over the reigns and they now find themselves in the La Liga top 6.

Villarreal recovered well from back to back league defeats to Leganes and Barcelona, going on to defeat Celta Vigo and Valencia on the road, but the good run was short lived.

The Yellow Submarine suffered another loss to los Legionarios, this time in Copa del Rey, before playing out a 1-1 draw with Deportivo La Coruna at the weekend.

Villarreal will now attempt to return to winning ways and remain in the competition, and they can be backed at 1.60 (3/5) to win the return match.

Cedric Bakambu is unlikely to be in contention as he is set to leave the club, but new recruit Roger Martinez could play a part.

Leganes narrowly avoided the drop last term, finishing just above the relegation zone thanks to a very good finish of the campaign that saw them pick up 8 points from final 5 fixtures.

Los Legionarios have since shown tremendous improvement, climbing to ninth in the La Liga standings after 18 rounds of fixtures.

What is more, Leganes have a game in hand and sit mere four points behind Europa League positions, while they are also doing well in Copa del Rey.

After the 1-0 triumph in the first leg, los Legionarios stand a good chance of making it to the quarter-finals, especially since their opponents are likely to field a second-string side.