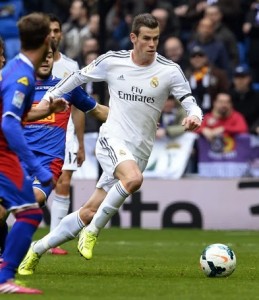 Fresh from the 8-2 hammering of Deportivo La Coruna, Real Madrid will aim for another big win when they host Elche on Tuesday.

Los Ilicitanos were unable to build on the away win over Rayo Vallecano having lost at home to newcomers Eibar at the weekend.

In spite of the arrival of more world-class players over the summer, Real Madrid did not enjoy a good start to the season, although they seem to be slowly recovering.

Back to back defeats to Real Sociedad and Atletico Madrid were considered major setbacks, but the 5-1 Champions League triumph over FC Basel hinted things are slowly falling into place.

Los Blancos then produced a stunning attacking performance to record an 8-2 victory over Deportivo La Coruna at Riazor and will now fancy their chances of beating Elche as well.

With a view to a potentially difficult away game at El Madrigal, Carlo Ancelotti is widely expected to ring changes to his starting line-up.

Daniel Carvajal is back in contention, but Sami Khedira and Jese Rodriguez are not yet ready to return. Fabio Coentrao and Isco are expected to start.

Elche did well to survive the first season upon gaining promotion to La Liga, albeit finishing just one point above the bottom three.

While cashing in on Carlos Sanchez, los Ilicitanos were unable to make major signings, but they still started the season on a bright note.

Following the opening defeat to Barcelona at Camp Nou, Elche played out a 1-1 draw with Granada before defeating Rayo Vallecano on the road.

However, it was the weekend’s home loss to Eibar that is regarded as a very disappointing result, and it will be very difficult for Fran Escriba’s side to make amends against Real Madrid.

Elche have so far played 22 games at Santiago Bernabeu, losing 18 matches and recording four draws, with the barren run unlikely to end any time soon.

Boss Fran Escriba has no fresh injury worries, but he has hinted he will make some changes to the starting line-up for the Real game.