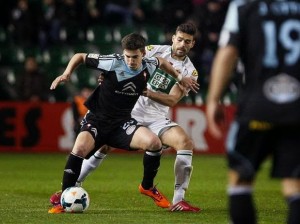 Fresh from the 5-1 loss to Real Madrid, Elche aim to end a two-match losing run and avoid dropping into the relegation zone.

Having narrowly avoided the drop last term, Elche needed to show some improvement in the new season, but it appears they are again set for a difficult relegation tussle.

Los Ilicitanos have had a decent start to the season, picking four points from three matches against bottom table sides, while suffering heavy defeats to title rivals Barcelona and Real Madrid.

However, the fact they have failed to beat Granada and Eibar at home is enough to suggest Fran Escriba’s charges could face problems against in-form Celta Vigo.

Seeing as how coach Fran Escriba has no fresh injury concerns, he is unlikely to make major changes to the side that faced Real Madrid in midweek.

Last season under Luis Enrique Celta hinted they are slowly becoming a genuine mid table side and the Sky Blues picked up where they left off last term.

With no major changes to the playing squad during the summer, Eduardo Berizzo’s team were able to hit the ground running early on and they have already climbed to sixth in the standings.

Celta started the campaign with a home win over Getafe before sharing spoils with Cordoba, Real Sociedad and Atletico Madrid, but they have since returned to winning ways.

The Sky Blues managed to win the derby game against Deportivo La Coruna, where keeper Sergio Alvarez saved a late penalty to ensure the points remain at Balaidos.

As a result, Celta players are brimming with confidence ahead of the clash with Elche, where away win pays 2.40 (7/5) with BetVictor.

Augusto Fernandez has returned into action, meaning Borja Oubina is the only unavailable player at the moment for the away side.