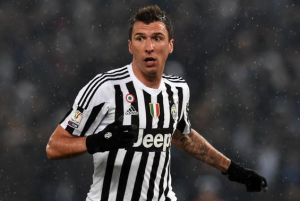 In a bid to improve their Premier League standings and overall poor record in front of goal, West Ham are desperately searching for January reinforcements.

West Ham strikers have scored only 13 goals in 12 Premier League games as the club continues to linger dangerously close to relegation zone.

Slaven Bilic has reportedly already taken steps towards making sure he brings quality signings when January transfer window reopens and is apparently hoping to exploit his Croatian connection in efforts to lure another Juventus striker to London.

Having already signed Simone Zaza from the Serie A champions this summer, Bilic is looking to add Mario Mandzukic to his squad as well.

The Italian forward Zaza failed to gain footing with the Hammers with eight Premier League appearances this season. He is yet to find the back of the net and could be allowed to leave in January in order to get his career back on track.

According to reports from The Sun, West Ham scouts have watched the towering Croat Mandzukic in international action against Northern Ireland as Bilic remain keen to call on the player he worked with while taking charge of the Croatia national team.

The experienced 30-year-old striker has made 12 appearances for the Old Lady this term, scoring only three goals in the process.

Mandzukic has another two-and-a-half years in his contract with the Serie A champions, but could be allowed to leave in January as his influence has been significantly reduced with the arrival of former Napoli star striker Gonzalo Higuain.

West Ham would be forced to fork out £18 million for the Croatia international, it is reported.

The Hammers continue their Premier league campaign this weekend with a difficult trip to Old Trafford.

Manchester United are given the odds of 1.50 (1/2) @StanJames to claim three points against Bilic’s men on Sunday.