Sami Khedira set to return for Juventus against Cagliari 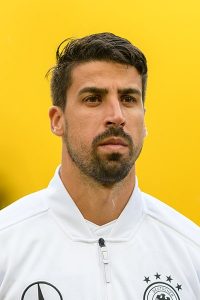 German midfielder Sami Khedira is set to return to action for Juventus in this weekend’s clash with Cagliari.

The former Real Madrid man has been missing for the last six Serie A matches with a muscle injury suffered in a UEFA Champions League victory over Young Boys at the beginning of October.

However, he is now set to be recalled to the team after recovering from the problem in time for Saturday’s clash with Cagliari at home.

Khedira will be hoping to continue the positive form he displayed before the injury, as he started every game and scored the Old Lady’s first goal of the season.

Despite the German’s return, Max Allegri will be missing three of his key players. Fellow midfielder Emre Can is ruled out after having surgery, whilst he is also joined by the likes of Giorgio Chiellini and Federico Bernardeschi on the sidelines.

The reigning Serie A champions come into the game three points clear at the top of the league having claimed nine wins and a solitary draw from their opening ten games. They edged past Empoli 2-1 last weekend with Cristiano Ronaldo scoring a brace.

Khedira can be backed to score the opening goal against Cagliari at 19/2 with BetVictor.