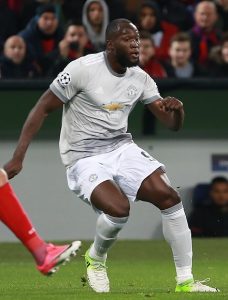 Romelu Lukaku is going to find it ‘difficult’ in Serie A, according to former boss Andre Villas-Boas.

The Belgian forward completed a big-money move to Inter Milan on Thursday, finally linking up with Antonio Conte at the San Siro.

Despite his success in the Premier League with Everton and Manchester United, the man who initially signed Lukaku for Chelsea, Villas-Boas, has predicted his former star to find it more difficult in Italy.

Talking to Goal, the current Marseille man said: “He was an extremely powerful player. I was a little obsessed with my 4-3-3 in Chelsea. I positioned him on the wing and he was not very happy about it.

“At the end of the year he left on loan to West Brom and Everton and later signed for Manchester United.

“He became one of the greatest strikers in the world.

“He had a great pace using the spaces. You may not have many spaces in Italy.

“Italians have great defensive skills. It may be a little difficult for him, but he has a great technical touch.”

The £70 addition of Lukaku rounds off a hectic summer for Inter Milan boss Antonio Conte. As a result, the Nerrazurri are now one of the favourites for the Serie A crown and can be backed at a price of 11/2 with Paddy Power.