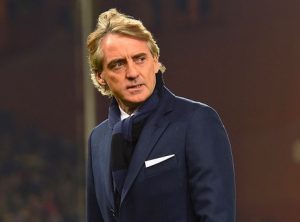 The Azzurri failed to qualify for their first World Cup since 1958 after slumping to a 1-0 aggregate play-off defeat at the hands of resilient Sweden.

The embarrassing result sent shockwaves through the football community in the country with pressure growing on FIGC President Carlo Tavecchio and head coach Ventura to resign. The pair could leave their post this week already and Italian media are already lining up potential replacements.

As far as the managerial post is concerned, a couple of names have been thrown into the mix with former Bayern Munich manager Carlo Ancelotti installed as a favourite at 3.50 (5/2) betting odds to take over from Ventura.

Ancelotti is seen as the ideal candidate due to his vast international experience, although some report claim that Bari coach Fabio Grosso is also a strong candidate for the managerial post. Coriere dello Sport claim that Grosso is one of the names currently being considered after impressing at Bari this season.

However, a familiar name has been added into the mix and immediately made one of the top favourites to land the hot Italy seat.

Meadiaset Premium state that Roberto Mancini is ready to walk away from Zenit despite having a lucrative contract keeping him in Russia until 2020. Former Manchester City boss is a 7.00 (6/1) price to be given the start fresh at the national helm.

Outside favourite and another hugely surprising name on the list is under-pressure Chelsea manager Antonio Conte who is being urged to leave Blues and return to the Azzurri helm.

Who do you see taking over from Ventura as Italy begins its rebuilding process?