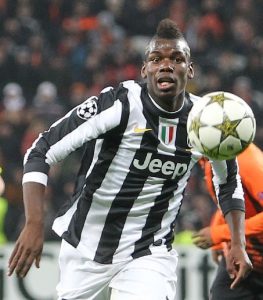 Paul Pogba reportedly favours a return to former club Juventus as opposed to a switch to Real Madrid should he leave Manchester United.

According to reports from Sky In Italy, the Old Lady are keen on welcoming the Frenchman back to Turin and are attempting to work out a way to match his wage demands.

Pogba reportedly does want to leave Old Trafford this summer after struggling to find consistency, especially under former boss Jose Mourinho. The 26-year-old has also confirmed that he could potentially be looking for a ‘new challenge’ this summer but would apparently prefer a return to Juventus as opposed to switching to Real Madrid, who are also thought to be interested.

He enjoyed a hugely successful first spell in Italy. The midfielder made 178 appearances for the club, scoring 34 goals and providing 43 assists. He also lifted plenty of silverware with four Serie A titles, two Coppa Italia’s and two Italian Super Cups.

Despite his desire to leave the club, the hierarchy at Manchester United do not want to lose Pogba for anything less than £150m.

Regardless of him favouring a switch to Juventus, Real are currently the favourites to land him this summer at a price of 7/4 with Paddy Power.