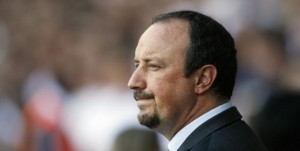 Newcastle United have announced that boss Rafa Benitez will be departing the club this summer.

The Spaniard, whose contract is set to expire at the end of June, has failed to agree a new deal at St James’ Park.

A club statement read: “We have worked hard to extend Rafa’s contract over a significant period of time, however it has not been – and will not be – possible to reach an agreement with Rafa and his representatives.

“We would like to thank Rafa and his coaching team for their efforts over the last three years and their significant contribution to what has been collectively achieved.”

Benitez has enjoyed a great spell with the club after arriving midway through the 2015/16 season. Despite failing to save them from relegation at the end of that campaign, he led the club to the Championship title at the first time of asking. He has also done excellent work in establishing the Magpies back in the top flight of English football, masterminding a tenth and a 13th placed finish in the 2017/18 and 2018/19 seasons respectively.

However, he now departs Tyneside, leaving the managerial situation at the club looking precarious especially considering that clubs are now making preparations for next season.

There are currently few names being touted for Benitez’s replacement however former Chelsea and Manchester United manager Jose Mourinho is surprisingly the bookies’ favourites and can be backed at a price of 7/1 with Coral.