Morata deal with Atletico Madrid set to become permanent in 2020 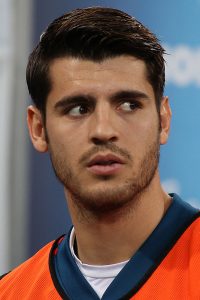 Chelsea striker Alvaro Morata is set to remain with Spanish giants Atletico Madrid, with his deal set to become permanent, the Blues have confirmed.

The Spaniard struggled in his season-and-a-half in West London after joining on a big-money deal from Real Madrid. In 72 appearances in all competitions, he scored only 24 goals, 16 of which came in Premier League action.

As a result of his struggles, he was sent on loan to Atletico Madrid in January 2019 in an attempt to recover his form. He scored six goals in 17 appearances in all competitions for Los Rojiblancos and Diego Simeone’s men appear to have decided to keep the Spaniard. A statement from Chelsea on Saturday afternoon confirmed that Morata would remain at the Estadio Wanda Metropolitano for the upcoming campaign, with his deal becoming permanent ahead of the 2020/21 season for a fee believed to be in the region of €65m – just less than the original fee that Chelsea paid Real Madrid for his signature.

Morata will hope to replace the goals lost by the departure of Antoine Griezmann who looks set to join Barcelona. He will also hope to fire Atleti to their first La Liga crown since the 2013/14 season.

The club can be backed at odds of 16/1 with Paddy Power to win La Liga next season.