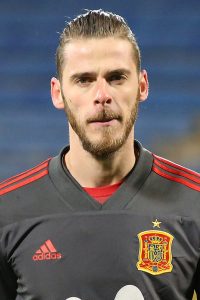 The Spaniard’s contract at Old Trafford is set to expire at the end of the 2019/20 season, with the club having offered him a new deal worth approximately £350,000 per week according to various sources.

Despite that, De Gea has been one of the most consistent performers at Old Trafford in recent seasons, being named the club’s player of the season on four occasions since his arrival from Atletico Madrid.

He has previously been linked with moves to Paris Saint Germain and Juventus in the past, whilst Real Madrid have been suitors having been close to signing the stopper in 2015.

However, he is thought to be remaining in Manchester beyond the summer window according to the bookies. Manchester United can be backed to be De Gea’s employers following the closure of the transfer window at a price of 1/5 with Paddy Power, whilst PSG sit at odds of 3/1.