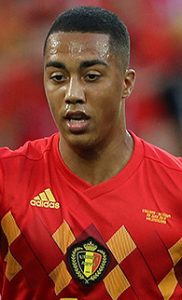 Leicester City have completed the loan signing of AS Monaco midfielder Youri Tielemans.

The Belgian has arrived at the King Power Stadium on a temporary deal until the end of the season. As part of the deal, Foxes’ central midfielder Adrien Silva has gone in the opposite direction by penning his own loan deal with the Ligue 1 club.

Tielemans, 21, arrives as one of the most promising youngsters in Europe albeit having found his time in France a somewhat frustrating one. Since arriving from RSC Anderlecht at the start of last season, he has only made 54 starts for the club.

Upon his arrival at the King Power Stadium, the midfielder expressed his delight at the prospect of playing in the Premier League.

“I’m really happy to be here and I’m excited to get started on Sunday – I think every kid dreams about playing in the Premier League.”

Tielemans could make his debut for the club on Sunday as the Foxes face off with Manchester United. Puel’s troops currently sit at odds of 11/4 with William Hill to beat the Red Devils following their 1-1 draw with league leaders Liverpool in mid-week.