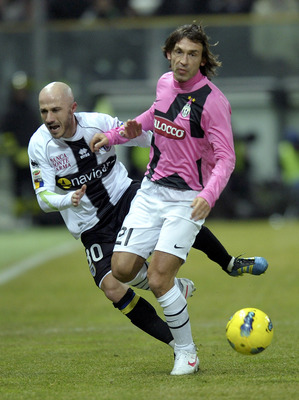 High-flying Parma will be searching for their fourth successive league victory when they play host to Serie A leaders Juventus, with the Bianconeri hoping to return to winning ways after a disappointing defeat to Sampdoria.

Once considered one of true giants of Italian football, Parma have spent much of the last decade fighting to avoid the relegation tussle, but the Ennio Tardini outfit are now on road to return to old glory days.

Seven straight victories during last season finale hinted il Ducali could even enter race for European places this term, and they certainly did not disappoint.

Roberto Donadoni’s side have been recording some excellent results this season, with the latest three-match winning run having seen them climb to eighth place in the standings.

Parma’s impressive run will be put to a serious test against leaders Juventus, but with their 6-3-0 home record in mind, the hosts are at the generous price of 5.00 (4/1) with Betfred to win this clash.

Having scored in every one of their last eight fixtures, il Ducali are 1.50 (1/2) at Coral to net at least once against Juventus.

Key players Cristian Zaccardo and Jaime Valdes return to the side, but Alessandro Lucarelli and Yohan Benalouane are suspended. Daniele Galloppa remains a long term casualty.

Juventus have been thoroughly impressive in the first part of the league campaign and the Serie A trophy seems there for the taking, but the Bianconeri could have done without the home defeat to Sampdoria.

Even if they largely dominated the proceedings and took the lead through Sebastian Giovinco, Antonio Conte’s side allowed their opponents to score two goals with ten men on the pitch and ended up losing the game 2-1.

The third loss of the season should prove to be too big of a problem given that Juventus still boast a five-point cushion at the Serie A summit, but another setback would certainly prove costly.

This means the Bianconeri have no choice but to try and inflict Parma the first home defeat of the season, and they are 1.80 (4/5) with Ladbrokes to do so.

After scoring against both Sampdoria and AC Milan, Sebastian Giovinco is 2.50 (3/2) with bet365 to score at any time.