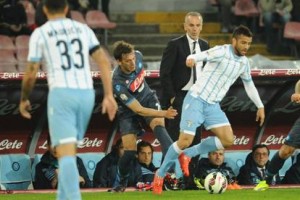 Despite losing to Juventus last weekend, Napoli can still qualify for the Champions League if they record any win on the final day of the season.

Meanwhile, Lazio only need to avoid defeat at Stadio San Paolo to secure a top 3 finish, but the visitors will be under pressure after defeats to Juventus and Roma.

Napoli boss Rafael Benitez has already revealed he will be leaving the club when the current season comes to an end, and it is only fair that he departs having failed to turn the Azzurri into genuine title contenders despite the heavy investment in the playing squad.

Not so long ago, it looked as though Napoli would stand no chance of securing Champions Legaue qualification, but they have now been given a lifeline as their rivals Lazio suffered several slip-ups in a row.

The Azzurri may be three points behind ahead of the final day of the season, but having recorded a 1-0 triumph in the reverse fixture, they will definitely have better head to head record if they also win at Stadio San Paolo.

This basically means that any win on Sunday will see Napoli qualify for the Champions League, so bear in mind that home win pays 2.15 (23/20).

Rafael Benitez is sweating over the fitness of key defender Raul Albiol, who is battling a knee problem and is considered a major doubt.

And with Miguel Britos banned, Brazilian stopper Henrique will deputize if needed. Michu, De Guzman and Zapata have been ruled out.

Lazio have made tremendous progress under Stefano Pioli, with the majority of summer recruits quickly proving their worth at Stadio Olimpico.

The likes of de Vrij, Basta, Djordjevic and Parolo all impressed, while Felipe Anderson developed into a cracking player this season.

As a result, the Biancocelesti reached the Coppa Italia final and look destined for Champions League qualification, but they are now in danger of missing out on both objectives.

Lazio were pipped to the Italian Cup trophy by Juventus as Alessandro Matri scored the winner in extra time, while their place in the Serie A top 3 is in serious danger after the 2-1 loss to Roma.

The Biancocelesti need to take at least one point from Stadio San Paolo to qualify for the Champions League and they are 1.75 (3/4) to succeed in their quest.

After scoring against Roma, fit-again Filip Djordjevic could be preferred to Miroslav Klose, while Lucas Biglia is doubtful and Stefan Radu is out.