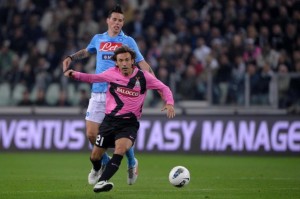 Napoli will struggle to revive their title bid even if they defeat Juventus at the weekend, but the Azzurri are definitely very motivated to win this match.

The Bianconeri, on the other hand, can make another important step towards the sixth successive league title, although they face some fitness doubts ahead of trip to Stadio San Paolo.

Napoli appear to be on the right track to secure another top 3 finish, but the reality is they were hoping to challenge for the league title as well.

The Azzurri indeed played some great football under Maurizio Sarri, but they just could not keep up with the red-hot Juventus.

It was the Bianconeri who eliminated them from Coppa Italia as well, so it goes without saying that Napoli will be looking for revenge on Sunday evening.

The team did well to recover from somewhat unfortunate loss to Real Madrid, recording back to back wins over Crotone and Empoli, and they can now be backed at 2.50 (3/2) to defeat Juventus.

Pepe Reina is expected to start after recovering from a muscle problem, while Kalidou Koulibaly returns to the side as well.

The biggest competition is for places in midfield, where Allan, Diawara, Zielinski and Jorginho are vying for two positions alongside Marek Hamsik.

Juventus are enjoying another very successful season and they are currently in the race for three major trophies, with Serie A title especially close.

The Bianconeri are also on the verge of Coppa Italia final having defeated Napoli 3-1 in the first leg, while they will be battling mighty Barcelona for a place in the Champions League semis.

Even if the second leg of the Cup clash takes place just three days later, the league game against the Azzurri has the priority at the moment.

Juventus head into the high-profile match on the back of three straight wins, and having kept a clean sheet in last two, they’ve got plenty of reason for optimism.

The problem is that quite a few star players are either battling injury or are not at 100%, and the list includes Paulo Dybala, Mario Mandzukic and Sami Khedira.

Meanwhile, winger Marko Pjaca will miss the remainder of the season after picking up a knee injury while on international duty.