Icardi will only renew with Inter following ‘correct’ contract offer 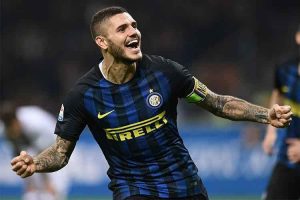 Inter Milan star Mauro Icardi has said that he will not renew his contract with the club until he receives a ‘correct’ offer.

The Argentine’s current deal is set to expire in the summer of 2021 and the Italian giants have reportedly opened talks about extending his stay at the San Siro. However, the 25-year-old told on Instagram that any news of an imminent new deal are false, and instead he will only renew when he receives an offer that he deems acceptable.

Icardi wrote: “I want to clarify to all the fans who read pseudo-journalists and ‘serious’ newspapers, who write without knowing and having a real idea of the facts, that my renewal will only take place when Inter submit a correct and concrete offer. Only after that can we talk about my renewal with truth, while putting aside the lies that have been spread.”