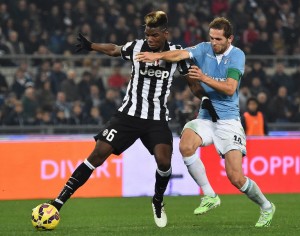 After securing the fourth successive league title as well as a place in the Champions League final, Juventus will attempt to win the first Coppa Italia trophy since 1995.

Lazio, on the other hand, have won no less than five Cup trophies since 1998 and now hope to extend the impressive run at their Stadio Olimpico.

Many believed that the departure of Antonio Conte will mark the end of an era in Turin, especially since Max Allegri was not exactly seen as a perfect successor.

But, the former AC Milan coach has done brilliantly in his first season in charge of Juventus, with his side still in the race for a treble of titles.

Fourth consecutive Serie A trophy was won in style, with the Bianconeri currently 16 points clear at the top, while Max Allegri’s charges defied the odds to pip Real Madrid to a place in the CL final.

They will have plenty of time to prepare for the highly-anticipated clash against Barcelona, but the Coppa Italia final is the only thing on the players’ minds at the moment.

The latest reports suggest that Gianluigi Buffon will be rested, while Claudio Marchisio and Alvaro Morata are banned and Romulo is sidelined through injury.

Just like their more illustrious opponents, Lazio have enjoyed a very successful season, but they will have everything to play for in the final few weeks.

The Biancocelesti recorded a very important win over Sampdoria to remain in the driving seat for the final Champions League berth, but they will have two very difficult games to negotiate before the league campaign ends.

Lazio first play host to second-placed Roma, where they will have a chance to climb to second in the league standings before facing fourth-placed Napoli on the road on the final day.

And with their local derby against Roma moved to Monday, the Biancocelesti can now fully focus on the Coppa Italia final with Juventus.

Lazio have enjoyed a great deal of success in the competition in the 21st century, and they are now 2.50 (3/2) to lift the coveted trophy.

The hosts will have Federico Marchetti back from suspension, but Lucas Biglia is unlikely to be risked as he hopes to makes himself available for the Roma game.