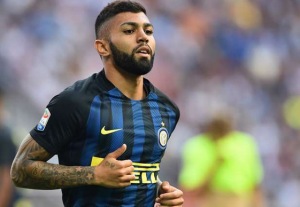 Nerazzurri are keen to send their player on loan in order for the 20-year-old striker to gain first-team experience after he fell short of expectations at Inter.

Inter boss Stefano Pioli hinted at a possible move away from Nerazzurri, but it is believed that Gabriel Barbosa will only be allowed to go to a team outside Italy.

Pescara and Empoli were hoping to get the opportunity to work with the Brazilian, but the latest reports have seen Turkish giants Fenerbahce join the race for the highly-rated forward.

According to reports from the Turkish media, Besiktas want to sign Gabigol on an 18-month long spell, instead of six which is thought to be Inter’s preferred option.

In the meantime, the player himself is believed to be unwilling to leave Nerazzurri and is keen to stay and fight for his place in the team.

Gabigol has found it extremely difficult to break into the Inter’s fold this season.

The Brazilian was a substitute in Pioli’s first game in charge against Milan, but has failed to add on to his current tally of 16 minutes of competitive action.

Nerazzurri are heading towards a tough test in the Serie A next weekend against Napoli, but are keen to build on the positive momentum following the Monday’s 4-2 triumph over Fiorentina.

Inter are looking at the betting odds of 4.30 (33/10) @BetVictor to emerge victorious from their trip to Stadio San Paolo.