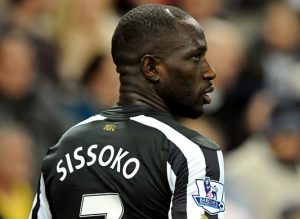 Following an impressive Euro 2016 campaign with France national team, Newcastle United’s want-away midfielder Moussa Sissoko has been training alone hoping for a transfer away from the Magpies.

The 26-year-old Frenchman has been linked with Champions League winners Real Madrid this summer, but France Football reports that Sissoko is ready to reject the Spanish giants as he has agreed terms with Inter Milan.

Moussa Sissoko has reportedly already agreed personal terms with Serie A side, who are yet to finalise the deal with Newcastle United.

The Championship club had previously set their asking price to €40 million, although the Serie A side are hoping that Magpies would settle for a €35 million fee for their prized asset.

Inter Milan head coach Frank de Boer has apparently identified Sissoko as his prime target as he looks to make an impression in the 2016-17 season.

Nerazzuri are heading into the new campaign with new owners and big ambitions as Dutch manager is tasked with a plan to return Inter Milan to former glory.

Serie A club have however started their Serie A season with a 2-0 loss at Chievo, which was an early wake-up call for De Boer’s men.

Inter are playing Palermo in the second round of Serie A and are given the betting odds of 1.4 (2/5) @StanJames to emerge victorious in front of home crowd.