Henderson: Liverpool have the ‘desire’ to emulate Manchester City 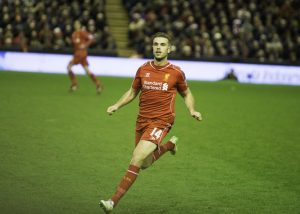 Liverpool captain Jordan Henderson says that the Reds now have the desire to emulate Manchester City by winning multiple trophies.

Jurgen Klopp’s men lifted the UEFA Champions League trophy and the Estadio Wanda Metropolitano as they overcame Tottenham Hotspur 2-0. It was the first title that the squad have won under the German but now Henderson believes that they have to continue to challenge for more honours to match the Citizens achievement of this season’s domestic treble.

Talking to Sky Sports News, he said: “Football moves quickly and we will go again and keep wanting more.

“[To] show that desire to keep wanting to improve and want more trophies. That is what we have got to do.

“Before this game I said [Manchester] City don’t just win one [but] two or three trophies.

“That is what we are trying to aim for and I know in this group we want to do that. We are young enough to stay together and hopefully we can do that for a long period of time.”

Liverpool were edged out by Manchester City in the race for the Premier League crown this season and they are once again predicted to finish behind the Citizens next year. They can be backed at odds of 13/5 with Paddy Power to win the 2019/20 title.