Guardiola thanks Liverpool for title challenge 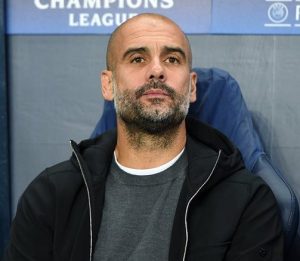 Manchester City boss Pep Guardiola has thanked Liverpool for playing their part in an incredible title fight after the Citizens were crowned champions on Sunday afternoon.

Heading into the final game, the Citizens were only one point clear of the Reds and needed to match their result to secure their second consecutive top-flight crown. They managed to beat Brighton and Hove Albion at the Amex Stadium, whilst Liverpool overcame Wolves, meaning the Citizens and the Reds finished on 98 and 97 points respectively.

The Spaniard thanked Jurgen Klopp’s Reds for pushing his team to their absolute limits.

Talking to Sky Sports after the game, he said: “First of all, we have to say congratulations to Liverpool, of course, and thank you so much.

“They helped to push us and to increase our standards from last season because to compete against this team pushed us to do what we have done.

“It’s incredible, 198 points in two seasons to go back-to-back. We made the standard higher last season and Liverpool helped us to be there all of the time.

“To win this title we had to win 14 in a row. We knew for two or three months that we couldn’t lose one point. This was the toughest title we have won in all my career by far.”

City now have an opportunity to secure a domestic treble as they turn their attentions to the FA Cup final against Watford. They are massive favourites to lift the cup at 2/9 with Betfair, whilst Watford are available at a price of 12/1.