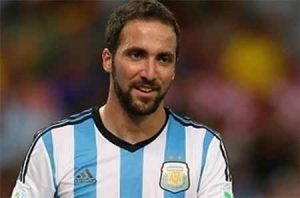 Gonzalo Higuain has returned to parent club Juventus following his temporary spell in the Premier League with Chelsea, the club have confirmed.

The Blues confirmed that they have not elected to make his loan spell permanent following a relatively underwhelming spell in West London. The 31-year-old made 18 appearances in all competitions after joining in January and only managed to score five goals. The striker also had a temporary spell away from Juventus during the first-half of the season as he joined Serie A rivals AC Milan. He scored eight goals in 22 appearances at the San Siro.

Despite those two separate spells away from his current employers, he now looks set to return to Turin where he will be managed by Maurizio Sarri after the Italian was confirmed as manager.

The 60-year-0ld brought the striker to Stamford Bridge in his only season as manager, whilst he was also in charge of Napoli when Higuain played arguably his best football throughout his career.

He will now compete with Cristiano Ronaldo, Paulo Dybala, Mario Mandzukic and Moise Kean upon his return to Italy.

Despite that, AS Roma are currently installed as one of the favourites to sign him this summer and are priced at odds of 4/5 with Betfair to be his employers after the summer transfer window.