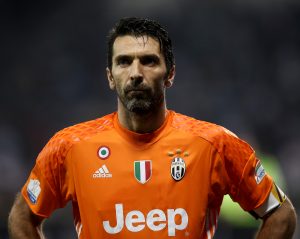 Gianluigi Buffon is set to make a shock return to former club Juventus this summer, according to various reports.

The veteran Italian stopper only departed Turin last season upon the expiry of his contract after 17 years and signed for French giants Paris Saint Germain. He recently announced that he would be departing the Parc de Princes, with his next destination not then known. However, the now 41-year-old appears set to return to Juventus, with rumours suggesting that he has already agreed a one-year deal with his former employers.

Despite winning the Ligue 1 crown last season, he is set to play back-up to current first choice Wojciech Szczęsny but the move will only be made official once the future of Mattia Perin is decided.

Buffon became a legendary figure at Juventus during his first stint at the club. He made a total of 656 appearances for the club, winning nine Scudetto, four Copa Italias and five SuperCopa Italia.

The only trophy missing from the 176-time capped Italy international’s extensive cabinet is the UEFA Champions League. Despite playing in three finals, he was never able to lift the trophy, missing out to AC Milan, Barcelona and Real Madrid.

However, Juventus can be backed at odds of 10/1 with Betfair to win the competition this season.