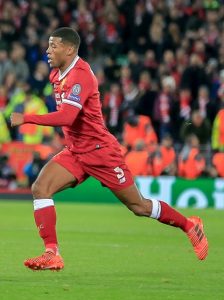 Liverpool midfielder Geroginio Wijnaldum has suggested that the Reds ‘deserve’ to end the season with silverware thanks to their wonderful form this season.

Jurgen Klopp’s troops have been brilliant throughout the campaign and only just missed out on the Premier League title – eventually finishing one point behind champions Manchester City on 97 points.

They also take on Tottenham Hotspur in the UEFA Champions League final in Madrid after mounting a spectacular recovery against Barcelona in the semi-finals. Wijnaldum suggests that their play this season makes them deserve glory at the end of the campaign.

Talking to Sky Sports, he said: “It would be really sad if we finish the season without a title. I think this season deserves one.

“We were quite consistent this season and we did so well. Now is the challenge to finish with a title to make the season complete.”

The Reds head into their second consecutive European final, their third under Jurgen Klopp after the Europa League defeat to Sevilla in 2016 and last season’s Champions League final defeat to Real Madrid, as favourites.

The Merseysiders are available at a price of 8/15 with Coral to lift their first piece of European silverware since the UEFA Super Cup in 2005.