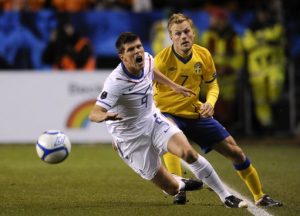 Following yet another disappointing major tournament, Sweden head into the 2018 World Cup qualifiers desperate to show some improvement.

Their next opponents Netherlands are in a similar situation, having failed to qualify for Euro 2016, with Tuesday’s loss to Greece adding insult to injury.

Having shown some promise in the qualifying campaign and the play-offs, Sweden were tipped to defy the odds at the Euro 2016 finals, as Zlatan Ibrahimovic was hoping to impress at his final international competition.

However, Blagult could only pick up one point from three group games, failing to give departing coach Erik Hamren a worthy send-off.

There was no place for Sebastian Larsson, Martin Olsson and Ola Toivonen in his first squad, but Filip Helander and Alexander Fransson are included.

Sweden are available at 3.50 (5/2) to see off Netherlands at Friends Arena in Solna, but that looks easier said than done given the circumstances.

Albin Ekdal and Robin Quaison are both unavailable through injury, whereas Jimmy Durmaz has returned after he was given a leave of absence as his grandmother passed away.

Netherlands surprised everyone by failing to qualify for the Euro 2016 finals, although they have since fared pretty well in international friendlies.

Oranje defeated Wales, England, Poland and Austria, while sharing spoils with Republic of Ireland and losing to France, but the new season did not have the best of starts.

Netherlands were beaten at home by Greece in the final warm-up game for the 2018 World Cup qualifiers, and will have to show considerable improvement if they want to beat Sweden.

The likes of Arjen Robben, Tim Krul and Ibrahim Afellay did not even make the provisional squad, while Jordy Clasie, Michel Vorm and Klaas Jan Huntelaar failed to make the cut after the Greece game.

Netherlands have been made 2.25 (5/4) favourites to win in Solna, and this could have something to do with the fact that they won five of last six away fixtures.