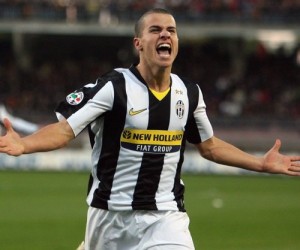 Italy international Sebastian Giovinco doesn’t rule out a return to Juventus next summer despite the impressive start to his career at Parma.

The 24-year-old is currently co-owned by Juventus and Parma, with the two clubs set to decide where the player will end up at the end of the season.

Even though Giovinco never got a real opportunity in Turin, he failed to rule out a return to Juventus Arena.

“For now I’m just thinking about the No 10 shirt that I have here at Parma,” Giovinco told Sky Sport Italia.

“If, in the future, the two clubs reach an agreement and everything goes as it should then we’ll see what happens…”

Giovinco is widely tipped to return to Juventus as a replacement for club icon Alessandro Del Piero.

“Alex has represented and still represents the future of Juventus. He is the club’s history and nobody will be able to beat his records.”

Giovinco will be looking to prove his credentials when his Parma visit San Siro on Wednesday evening, with the player 5.25 (17/4) with Unibet to score against Milan.