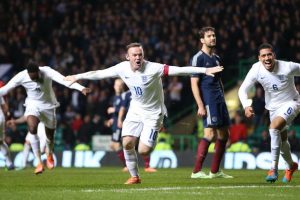 Scotland face a must-win game as they prepare to host bitter rivals England at Hampden Park, with the 3-0 loss at Wembley still fresh in their minds.

The Three Lions, on the other hand, could make a giant step towards booking a ticket to Russia by winning on Saturday evening, and that is what they will attempt to do.

It is fair to say that Scotland have been showing steady improvement under Gordon Strachan, but they have yet to qualify for a major tournament.

The low FIFA ranking is the reason why the Tartan Army continue to be placed in strong groups, and that is why they will again have problems making it tot the World Cup finals.

Scotland did not have the best of starts to the current qualifying campaign, suffering heavy defeats to Slovakia and England, while sharing spoils with Lithuania at home, but the 1-0 win over Slovenia kept their qualifying hopes alive.

Trailing second-placed Slovakia by two points, Gordon Strachan’s men are still very much in the race for a play-off berth, and an eventual triumph over England would definitely serve as a major lift.

That will not be an easy feat to achieve after the 3-0 reverse at Wembley, but the boss is counting on the enthusiasm of his Celtic players after they achieved a historic domestic double without a single defeat.

Veteran keeper Allan McGregor is out with a thumb injury, while Steven Fletcher and John McGinn are among those who have failed to make the cut.

England usually have no problems qualifying for major tournament finals, only to disappoint when it really matters, meaning nobody is getting carried away by promising results in the current qualifying campaign.

The Three Lions are four points clear at the Group F summit with five games to go and what is more, they have yet to concede a goal.

However, England were mostly grinding out results rather than impressing every step of the way, with three headed goals against Scotland the perfect proof.

It has to be noted that the Three Lions only managed one goal in last three away fixtures, and that is definitely a cause for concern ahead of the trip to Hampden Park.

Leicester City striker Jamie Vardy misses out after picking up injury in training, while Wayne Rooney, Daniel Sturridge, Ross Barkley and Phil Jagielka have all been overlooked.