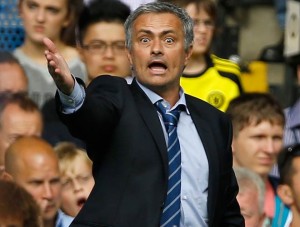 The draw for the first round of next season’s Capital One Cup has been made, and all three teams relegated from the Premier League drawn away from home.

Hull City, who will play in this stage of the competition for the first time in three years, travel to League Two Accrington Stanley while Queens Park Rangers face a Yeovil Town side who dropped to the third tier last May and Burnley go to third-tier Port Vale.

Conference champions Barnet, who are back in the Football League after a two season absence, face Millwall while Bristol Rovers host two-times winners Birmingham City.

Nottingham Forest, the competition’s most successful side of those involved in the first round draw, are at home to Walsall while Wolverhampton Wanderers, who were victorious in both 1974 and 1980, welcome Newport County to Molineux.

Of the other teams to have lifted the trophy, Blackburn Rovers play Shrewsbury Town, Middlesbrough go to Oldham United and Luton Town host Bristol City.

Sheffield Wednesday and Swindon Town have home games against Mansfield Town and Exeter City, while Oxford United travel to Brentford.

Dagenham & Redbridge have the shortest trip of all the away sides having been drawn away to Charlton Athletic while there is a Yorkshire derby at the Keepmoat Stadium as Doncaster Rovers face 1968 winners Leeds United and 2012 finalists Bradford City travel to York City.

The Premier League teams who failed to qualify for Europe join the competition in the second round, with West Ham United, Liverpool, Southampton, Tottenham Hotspur, Manchester United, Arsenal, Manchester City and holders Chelsea absent until the third.

All ties will be played on the week commencing August 10th.