Mignolet to get his chance for Belgium 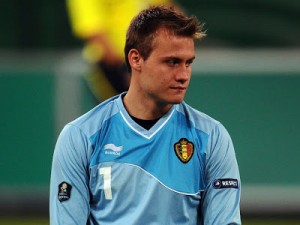 Belgium boss Marc Wilmots has confirmed that Liverpool goalkeeper Simon Mignolet will be given playing time in the forthcoming interantional friendlies.

The 24-year-old has impressed since joining the Reds from Sunderland in the summer, but he was unable to nail down a regular starting berth in the national team with Thibaut Courtois starting all 10 2014 World Cup qualifiers.

And while the Chelsea keeper currently on loan at Atletico Madrid remains first choice, Mignolet is finally set to feature for his national team.

“Simon has proved he has an excellent mentality, something he showed the last few months,” said Wilmots.

“He deserves this chance. Thibaut Courtois will remain first choice, though. But if he gets injured, I want to be sure I’ve an excellent back-up.”

Following some impressive displays in the World Cup qualifiers, Belgium take on Colombia in a high-profile friendly on Thursday, with the Red Devils 1.95 (19/20) favourites for the win.