League Cup – Who will make the headlines this season? 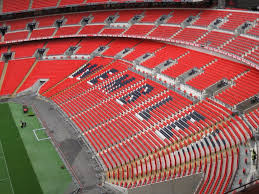 The 2013/14 League Cup got underway on Monday evening, with Preston North End becoming the first team outside of the top tier to book their place in the second round after beating rivals Blackpool at Deepdale.

Few may take advantage of the 301.0 (300/1) on offer for the Lilywhites, though after last season’s outcome, money is sure to be placed on some of the outsiders in the competition.

Nevertheless, last season’s top three in the Premier League lead the market, with Chelsea and both sides of Manchester available at 8.0 (7/1) with most bookmakers.

Last season’s finalists Bradford City, a 751.0 (750/1) shot with Bet Victor, begin this season’s campaign with a short but tough trip to Championship side Huddersfield Town, while the most successful of all the Football League clubs in this competition, Nottingham Forest, one of a number of sides available at 151.0 (150/1).

Forest are, along with Middlesbrough, the shortest priced of all of the favourites to win their first round match with both Championship sides facing League Two opposition at home.

Billy Davies’ side host former Reds defender Colin Cooper’s Hartlepool Untied while Boro, who are 201.0 (200/1) to lift the trophy ten years on from their one and only triumph in this competition, welcome Accrington to the Riverside Stadium.

Meanwhile, if you are looking for a shock in Tuesday’s fixtures, you could do worse than back Rotherham United, who are 3.0 (2/1) with Bet Victor to beat Yorkshire rivals Sheffield Wednesday in ninety minutes at the New York Stadium.