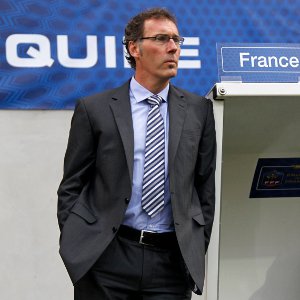 Laurent Blanc has left his position as France boss after opting against extending his contract with the French Football Federation.

The 46-year-old took over the reigns from Raymond Domenech, following team’s dismal showing at the 2010 World Cup and quickly managed to rally the troops and led les Bleus to the Euro 2012.

However, player problems appeared again at the final tournament and these prevented the team from going further than the quarter-finals.

As a result, the talented coach has decided to end his career as the national team boss.

“Within the period provided for reflection, Laurent Blanc contacted (FFF president) Noel Le Graet to indicate his decision not to seek the renewal of his contract of national coach,” a statement issued by French Football Federation read.

“Mr Le Graet has acknowledged and applauded the work of Laurent Blanc at the head of the France team since August 2010.”

Marseille boss Didier Deschamps is 11/10 favourite with Paddy Power to succeed Blanc, whereas Paul Le Guen is next at 10/3.

Former PSG boss Luis Fernandez is priced at 4/1, with Arsenal manager Arsene Wenger 6/1 to be next France boss.