Kane vs Costa: Two EPL Hotshots face off on Friday 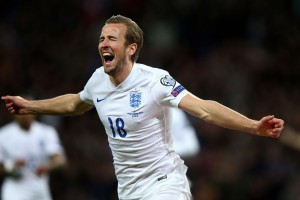 Harry Kane is set to lead the line as England take on European Champions Spain in Friday’s friendly in Alicante.

The Tottenham Hotspur striker is in stunning form having netted six goals in his last four club games, and will be given a chance to add to his international tally, which currently stands at three in six appearances.

Neither captain Wayne Rooney or Premier League Player of the Month Jamie Vardy are set to start the game, leaving Kane as the only recognised striker left in the squad that Roy Hodgson has selected for this friendly double-header.

Likely to be up-top for Spain is Chelsea forward Diego Costa, who has failed to recreate anyway near his best form for his club so far this season.

The twenty-seven year old, who scored one less Premier League goal than Harry Kane last season, has failed to score in each of this last six club outings, and has just three goals to his name in all competitions so far this season.

His lack of form hasn’t helped Jose Mourinho’s men as they have so far struggled their attempted to retain the Premier League title, with the Blues losing seven of their opening twelve league games.

Internationally, Costa has won just nine caps for Spain, after declaring his allegiance to them last year having won two caps for Brazil in friendlies in 2013.

His only international goal so far came for Spain in a 4-0 Euro 2016 qualifying win in Luxembourg back last month.