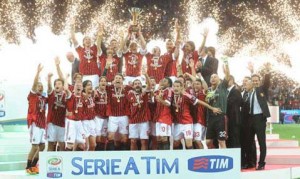 Having reviewed the title contenders and mid table sides in part 1 and part 2 of our Italian Serie A Season Preview, the time has come to pay attention to the relegation race. As always, newly promoted sides face an uphill task, especially Atalanta, who start the season with -6 points, but Siena and Novara are also in a difficult position. When we also add usual suspects Parma, Bologna, Lecce and Chievo to the mix, we should get a pretty interesting survival fight.

Parma have been showing a lot of promise since returning to the top flight, and their young squad have played some beautiful football last term, but they still struggled to escape the relegation fight and ended up securing survival just few weeks before the season’s end. Ducali are obviously hoping for a much better season and there are definitely some positive signs, but, in all fairness, you never know what to expect from Parma. The club were pretty busy in the summer transfer window, having seen Amauri, Candreva, Rossi, Paci, Dzemaili and Bojinov all leave, while Fabio Santacroce, Manuele Blasi and Fabio Borini arrived to increase competition for places. With players like Giovinco, Palladino, Biabiany and Crespo in the side, Ducali should have no problems in the scoring department, and if they manage to patch up their leaky defence, they could even improve on last season’s result.

Pick: Parma to finish above Cagliari

Talented boss Stefano Pioli led Chievo to unimagined heights last season, with the Flying Donkeys finishing the league campaign in 11th place, but a lot has changed since. Over the summer, the club decided to cash in on their star players, so Kevin Constant and Andrea Mantovani both left, whereas Gelson Fernandes ended his loan and returned to Manchester City. New coach Domenico Di Carlo faces a tough task this season, as the club chiefs failed to bring him proper replacement for Constant and Mantovani, with Perparim Hetemaj and Michael Bradley the only notable arrivals this summer. The team will suffer this season without Pioli, Constant and Mantovani, and since new signings are unlikely to make instant impact, the Flying Donkeys could experience big problems this term. Maybe this is the season when Chievo will finally get relegated.

Pick: Chievo to get relegated

Bologna largely impressed last season under Alberto Malesani and spent big part of the league campaign in top half of the table even though everybody had expected them to fight for their lives. The players seem to have lost motivation as soon as they secured survival, which resulted in three draws and six defeats in final nine games, but that shouldn’t be blown out of proportion. Pierpaolo Bisoli has taken over from Malesani this summer and he seems to have done a great job as his side were very impressive in pre-season and first round of Copa Italia. The club managed to find a great replacement for keeper Emiliano Viviano in Bari’s Jean Francois Gillet and with Gaston Ramirez and Marco Di Vaio staying at the club, Bologna could be in for another successful season. Roberto Acquafresca, Alessandro Diamanti, Panagiotis Kone and Mikael Antonsson have all arrived to increase competition for places.

Lecce have spent the entire last decade balancing between the top two tiers of Italian football, so with every mention of club’s name, term relegation battle springs to mind. Gigi di Canio did well to keep the Salentini in Serie A last season after gaining promotion from Serie B, but the experienced coach is now gone, as are several very important players. Antonio Rosati, Jeda, Giuseppe Vives, Javier Chevanton and Gianni Munari are no longer at Via del Mare and that could be a problem. The club were very active this summer, bringing Massimo Oddo, Christian Obodo and Julio Sergio to add more experience to the side, while youngsters Rodney Strasser, Cristian Pasquato and Manuel Giandonato were also added to the ranks. However, with new coach and largely changed squad from last season, Lecce are likely to experience major problems this season and I definitely won’t be surprised to see them return to Serie B.

Pick: Lecce to get relegated

Siena’s attacking football took Serie B by storm last season and the one of the most attractive sides in Italy had no problems gaining promotion to the top flight. Talented coach Antonio Conte couldn’t resist the call from his Juventus, but the club chiefs seem to have made a great decision in appointing Giuseppe Sannino, who is considered one of the most talented coaches in Italy. Staying true to the squad that helped Siena return to the elite division and adding several experienced players such as Gaetano D’Agostino, Daniele Mannini and Paolo Grossi, Siena already look more than capable of avoiding the drop. The team looked really good in pre-season, hinting that new boss has already made this squad his own, and with good vibes emanating from the dressing room, Siena could be the surprise package of the season.

Last season: 2nd in Serie B

Atalanta returned to the top flight in style, having won the Serie B title last season, but Nerazzurri were slapped with a six-point deduction before the season even started due to their involvement in the match fixing scandal, meaning they will need four or five games just to neutralize the ban. That is likely to have a detrimental effect on the squad in their preparations for the very demanding competition that is Serie A, especially since Cristiano Doni is suspended for three and a half years for his involvement in the scandal. The club management gave their best to reinforce the squad over the summer, signing players like Lucchini, Masiello, Moralez, Denis, Brighi and Cigarini, and they seem to have done enough to significantly improve the quality of the squad. Atalanta look more than ready for the Serie A season and once they neutralize the six-point deduction, everything will be much easier. The Nerazzurri should manage to stay alive after all.

Novara surprised everyone by gaining promotion to Italy’s top flight, but for the team to survive their first season would be even more surprising. Operating on a really tight budget, the club were unable to prevent top scorers Pablo Gonzalez and Cristian Bertani from leaving this summer, whereas important midfielder Manuel Scavone also left. Novara didn’t have too much money to spend, so they mostly signed players on loan or co-ownership deals, with Takayuki Morimoto, Jeda and Riccardo Meggiorini the only notable signings. Taking everything into account, the squad don’t look stronger than last season, so I really don’t know if anyone at the club believes Novara can survive this season. The Biancoazzurri are expected to enter the relegation race early on and they don’t look capable of even putting up a decent fight, let alone avoiding the drop.

Last season: 3rd in Serie B

Pick: Novara to get relegated