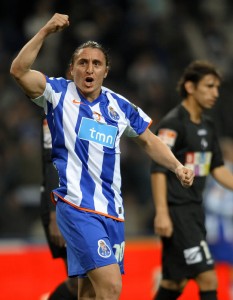 Porto coach Andre Villas-Boas has decided to take his entire playing squad to the Europa League final in Dublin, even though several players are not in contention for the game against Sporting Braga.

Taking into account how impressive Porto have been this season, the news that coach Andre Villas-Boas has opted to take his full squad to the Europa League final comes as a little surprise.

Porto travel to Dublin as hot favourites for the trophy, following their impressive European campaign, with Dragons 1.53 (8/15) with William Hill to win the game in regular time and 1.25 (1/4) with Bodog to lift the coveted trophy.

Even though full squad will travel to Dublin, that doesn’t mean that the talented coach will have all his players available for the Braga game.

Jorge Fucile, Cristian Rodriguez and Emidio Rafael are out through injury, whereas Mariano Gonzalez and Pawel Kieszek are ineligible for the Europa League.

While the team that face Braga will resemble the one that played at El Madrigal, Andre Villas-Boas has one selection dilemma, with either Nicolas Otamendi or Maicon set to partner Rolando in the heart of defence.