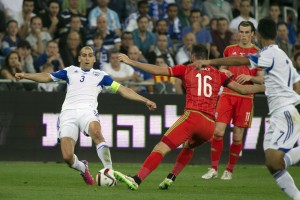 Having suffered a 3-0 home defeat to Wales at the weekend, Israel need to show a massive improvement if they want to get something from the Belgium game.

The Red Devils climbed to third by hammering Cyprus and they now aim to move top of the group by winning in Jerusalem.

Israel surprised everyone with a strong start to the Euro 2016 qualifiers, although it is fair to say they took great advantage of an easier fixture list.

And while they defeated Cyprus and Andorra on the road, it was the 3-0 triumph over out-of-sorts Bosnia-Hercegovina that gave the team plenty of confidence ahead of the New Year.

But, even if Israel were regarded as odds on favourites to defeat Wales at home, they eventually succumbed to a 3-0 loss that acted as a serious blow to their qualifying hopes.

And with high-flying Belgium their next opponents, there is virtually no value in odds of 7.50 (13/2) offered on home win.

Problems continue to mount for coach Eli Gutman as top scorer Omer Damari is out with a groin problem, whereas defender Eitan Tibi is suspended.

Tomer Hemed and Ben Sahar are widely expected to come into the starting line-up as Israel desperately need some fresh legs.

Belgium finally proved their worth at a major tournament as they reached the 2014 World Cup quarter-finals, while also giving a very good account of themselves in the final game against Argentina.

The Red Devils have since experienced minor problems at the start of the Euro 2016 qualifying campaign, sharing spoils with Bosnia on the road and Wales at home, but things are slowly falling into place.

Marc Wilmots’ charges hammered Cyprus at the weekend to close the gap behind their rivals and are now 1.57 (4/7) to see off Israel and climb to the first position.

Belgium are clearly in great spirits at the moment and they have got to be considered hot favourites to beat struggling Israel.

Romelu Lukaku, Steven Defour and Thomas Meunier had earlier withdrawn from the squad, but Nicolas Lombaerts proved his fitness in the Cyprus clash.

Goalkeeper Thibaut Courtois has suffered a minor knock, but he is expected to take his place between the sticks for the Israel game.