Sunday evening sees the conclusion of this summer’s European Championships in Poland and Ukraine as reigning champions Spain face Italy, who last won the tournament in 1968. 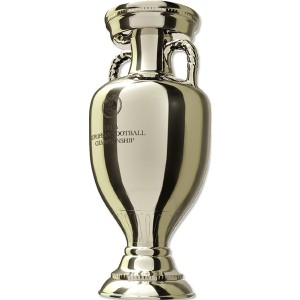 Italy’s star player throughout the tournament has undoubtedly been Juventus midfielder Andrea Pirlo, who scored a wondrous free-kick in his side’s second group stage match against Croatia.

Despite performing stylishly throughout, his most memorable contribution was his audacious chipped penalty in the quarter final shoot-out against England.

The 33 year old is the odds on favourite to be crowned player of the tournament this summer, with some bookmakers offering odds of 1.8 (4/5). However, it is one of his team mates who has made a late challenge for the prize.
Whilst Pirlo ran the show in Warsaw, it was Manchester City striker Mario Balotelli who took most of the plaudits with two well taken goals.

Balotelli, who also scored arguably the goal of the tournament in Italy’s 2-0 win over Republic of Ireland in their final group game, is now third favourite to win the award for best player with Sporting Bet offering the best odds of 19.0 (18/1).

Spain go in to Sunday’s final as favourites to lift the Henri Delaunay, with arguably their stand out player being Barcelona midfielder Andres Iniesta.

The 28 year old has been as creative and incisive as he often is at club level, and calmly dispatched his penalty in the semi-final shoot out.

The Real Madrid man joined teammates Fernando Torres and Cesc Fabregas on two tournament goals with his brace against France in the quarter finals.

Portugal captain Cristiano Ronaldo is also at 26.0 (25/1), with Paddy Power, having scored three goals in his country’s march to the semi-finals, whilst Germany’s Mesut Ozil and Spain due Xavi and Fabregas are also in with a chance.