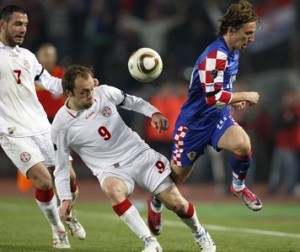 Georgia proved they have gone a long way since Temuri Ketsbaia took over by beating Croatia in March, but the Croats are now looking for revenge and a victory that would see them remain in contention for the first place in the group.

Slaven Bilic’s side currently sit one point adrift of leaders Greece but still look like the main favourites for the top spot, so odds of 1.80 (4/5) offered by Bet365 on Croatia to win Group F are certainly worth a shot.

With Georgia and Israel just behind Croatia in the standings, Slaven Bilic is desperate to record a victory in this match and the good news is that his key players are ready for the very important game.

Ivan Tomecak and Mladen Bartulovic have been called to replace Drago Gabric and Domagoj Vida, while Ivan Klasnic has also received a late call-up since Mladen Petric is very doubtful with an adductor injury.

After taking minnows Anorthosis to Champions League group stages, Temuri Ketsbaia is again showing that he is one of the most talented coaches in Europe.

The former Newcastle midfielder managed to transform Georgia from the team struggling to get anything against top European sides to the one fighting for the place at the Euro 2012.

The impressive home win over Croatia is seen as one of the best results in the history of the national team, but the Georgians were unlucky to have another important game just three days later, so no wonder they suffered a narrow defeat to Israel.

Georgia remain a tough nut to crack, as witnessed by their good results on the travels, so nobody can guarantee that Croatia will be able to break them. Therefore, there is a good value in backing Georgia not to lose at odds of 3.40 (12/5) offered by Paddy Power.

Temuri Ketsbaia is taking his best side to Croatia with star players Kakha Kaladze, Zurab Khizanishvili, Jano Ananidze and Aleksandr Iashvili all in the side.