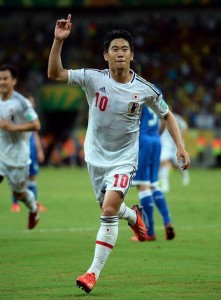 Buoyed by the scintillating showing in the 4-3 defeat to Italy, Japan hope to end their Confederations Cup campaign with a win, with their next opponents also out of the tournament but in much worse spirits than Alberto Zaccheroni’s side.

After spending the last five or six years far from the spotlight, the Blue Samurai managed to return to old glory days under the Italian manager.

They did really well to win the 2011 Asia Cup, while excellent performances in the 2014 World Cup qualifiers saw them secure their berth at the tournament finals before anyone else.

However, Japan were unfortunate to face hosts Brazil in their opening Confederations Cup match, although the 3-0 defeat was a bit harsh on the Asian side.

The Blue Samurai then turned on the style in the second group match against Italy, but had to settle for a 4-3 defeat despite teaching their more illustrious opponents a real lesson in football.

After producing a memorable performance against the Azzurri, Japan are no less than 2.75 (7/4) with Betfred to win their final group game.

Captain Makoto Hasebe misses out through suspension, but Alberto Zaccheroni has no other selection worries at the moment.

Mexico have enjoyed plenty of success in quick succession, winning the CONCACAF Gold Cup in 2011, before lifting the trophy at the 2012 Summer Olympics.

Jose Manuel da la Torre’s side continued with impressive showings in 2012, winning first six World Cup qualifiers, but they have seen a major dip in form since the turn of the year.

Mexico needed no less than seven games to record the first win in 2013, and they have since failed to win any of the last four, scoring just one goal in the process.

With that goal coming from the penalty spot, there may be some value in backing El Tri not to score against Japan, at odds of 3.40 (12/5) offered at Paddy Power.

Following back to back defeats to Italy and Brazil, Mexico are already out of the tournament, but they will at least attempt to keep their results respectable and defeat the Blue Samurai.

Jose Manuel de la Torre has no new injury worries at the moment, but he could make several changes to the starting line-up.