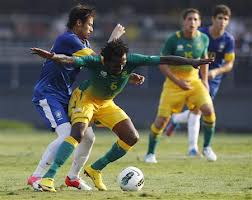 After failing to impress at the 2010 World Cup, South Africa will attempt to finally live up to their potential on home soil. Bafana Bafana have been showing a lot of improvement under new boss Gordon Igesund, but having been placed into a very difficult group, they will need to hit top form early into the campaign in order to make it to the final stages.

Once again, Bafana Bafana will have to make do without their most famous player, Steven Pienaar, who has refused to come out of international retirement, while few more players miss out through injury. Nevertheless, boss Gordon Igesund has quite a few in-form players at his disposal who are expected to make an impact at the tournament finals. Home field advantage should also give South Africa an extra edge over their opponents in what is a very evenly matched group.

South Africa boast a pretty short AFCON history having been banned from participating from 1957 to 1992. They then failed to qualify in 1994, but managed to lift the title two years later in their first ever appearances at the tournament finals. Bafana Bafana finished second and third in 1998 and 2000 respectively, but they have since failed to get past the quarter-finals. South Africa did not qualify for the last two editions of Africa Cup of Nations.

Goalkeeper Itumeleng Khune, who started his career as a defender, is not only famous for his shot-stopping skills, but also for his accurate long passes that would do even some world-class midfielders proud, and he could prove to be key to team’s title challenge. Experienced midfielders Siphiwe Tshabalala and Kagisho Dikgacoi are also important members of the squad, but striker Katlego ‘Killer’ Mphela is likely to make the biggest impact at the 2013 Africa Cup of Nations.

New boss Gordon Igesund has done brilliantly to stabilize the team following some very disappointing results in the past and he has built a really solid side. Good showings against Brazil and Poland proved Bafana Bafana have progressed a great deal over the last six months, and taking into account the home field advantage as well, I wouldn’t bet against South Africa reaching the semi-finals. After that, anything goes. Bafana Bafana look a good bet at 1.91 (10/11) offered by Coral to win Group A.