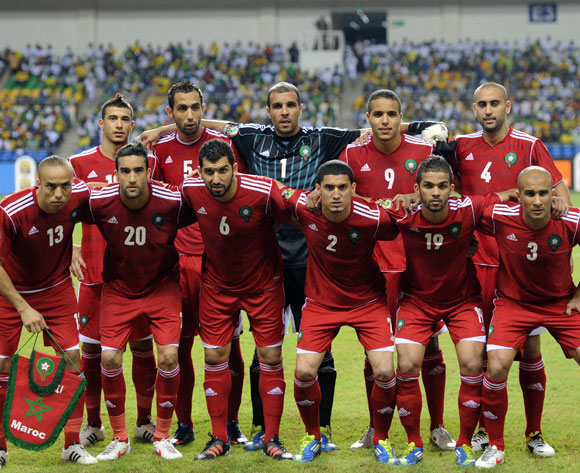 With Morocco no longer a force in African football and some star names missing out, boss Rachid Taoussi will have his work cut out for him in South Africa. The Atlas Lions are searching for their second victory at the Africa Cup of Nations, but there are not many of those who believe they can reach the final stages of the tournament. Morocco were on the verge of missing out on the 2013 AFCON, after losing to Mozambique 2-0 in the first leg, but the 4-0 victory in the return match saw the team qualify for the finals.

Boss Rachid Taoussi has caused a lot of controversy by leaving the likes of Adel Taarabt, Marouane Chamakh, Houcine Kharja and Badr El Kaddouri out of the squad, which is likely to damage team’s chances of living up to their potential in South Africa. Morocco have done pretty well in recent warm-up games, but there are no guarantees they will be able to repeat the good showings when competitive matches begin.

Morocco won their only Africa Cup of Nations title in 1976, at their second attempt, but have since been pretty disappointing at tournament finals. Third-place finish in 1980 was followed by two semi-final appearances, in 1986 and 1988, whereas the Atlas Lions finished as runners-up in 2004. They have since failed to get past the first round, and while they might be able to improve on that record in South Africa, their best chance of winning the trophy will be in 2015, when they will host the tournament.

In the absence of Taarabt, Kharja and Chamakh, attacking midfielder Younes Belhanda is the number one player on the team sheet, with his creativity and goals from midfield likely to prove a huge asset. Forwards Mounir El Hamdaoui, Nordin Amrabat and Youssef El-Arabi should ensure Morocco do not experience problems in attack, but the inexperienced back line could end up costing the Atlas Lions dearly in the final stages.

While Morocco boss Rachid Taoussi opted for players fully dedicated to the team’s cause, his decision to drop Taarabt, Kharja and Chamakh will deprive the Atlas Lions of some much needed quality and experience. With no less than ten players in the squad with less than five international caps, Morocco look destined for failure. With hosts South Africa, Angola and Cape Verde in their group, I certainly wouldn’t be surprised if they crash out in group stage.

Get Your £20 Free Bet!
Bet In-Play on today's matches with Bet365 and get £200 for FREE
We Highly Recommend These Places
Share your Opinion!