Gareth Bale to be offered ‘contract for life’ 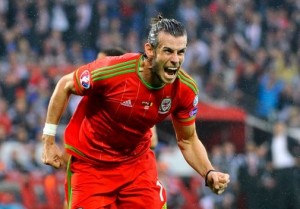 Having impressed for Wales during the 2016 European Championship, Gareth Bale is ready to be awarded with a new contract at Real Madrid, who are reportedly planning to offer Wales star a “contract for life”.

The 26-year-old forward scored in each of his country’s three Group B games singlehandedly leading his national team to top-place finish above England and securing the passage to knockout stage of the tournament in France.

Bale’s fine performances have reignited the interest of Manchester United with Jose Mourinho reportedly keen on pouncing for Los Blancos star, but Real Madrid president Florentino Perez is preparing a contract offer Gareth Bale will not be able to reject, according to Daily Mail.

Perez is willing to table a seven-year contract in order to keep Bale at Santiago Bernabeu on one of the most lucrative deals in world football.

And even though Cristiano Ronaldo remains the most prized asset for Los Blancos, Real Madrid hierarchy is planning for life after Portugal star with Gareth Bale seen as an heir to Ronaldo’s throne.

Gareth Bale is thought to be happy with life in Spanish capital and is expected to welcome the negotiations upon his return from international duty next month.

Former Tottenham winger joined Real Madrid for a record fee worth £85 million in 2013 and has so far scored 58 goals in 123 appearances for the club. Gareth Bale has played a huge part in his club’s Champions League campaign last season helping Real Madrid win their 11th European title.

Wales are looking at the odds of 1.75 (3/4) @Betfair to progress to Euro 2016 quarterfinals and with Gareth Bale on song they are widely expected to make another step to glory in their first Euro appearances after more than 50 years.