Emre Can returns for Villarreal clash 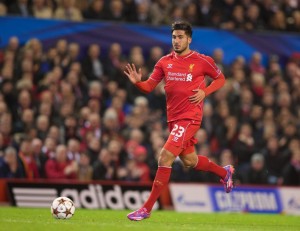 Liverpool manager Jurgen Klopp has received a major boost ahead of the all-important match against Villarreal as Emre Can resumed full training.

The Reds will be hoping to overturn a one-goal deficit from the first leg and make it to the Europa League final and they are 2.38 (11/8) to succeed in their quest.

Numerous injury worries have been creating problems for manager Jurgen Klopp, but there have finally been some good news for the German.

Namely, his compatriot Emre Can has recovered from injury and he will be in contention for starting places for the Villarreal game.

The 22-year-old had suffered an ankle injury in the quarter-final win over Borussia Dortmund and has since five matches.

However, Divock Origi, Jordan Henderson, Danny Ings and Joe Gomez all remain on the sidelines, whilst Daniel Sturridge is pushing to be included.

After coming from two goals down to defeat Borussia Dortmund in the previous stage, the Reds will be hoping for another great European night.