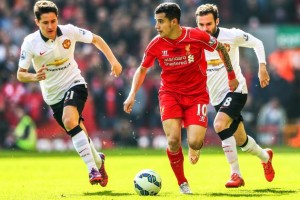 Belgian striker Divock Origi is in contention to feature for Liverpool in the Europa League final against Sevilla, according to reports.

The highly rated footballer gave manager Jurgen Klopp a welcoming boost as he resumed training on Monday after recovering from an ankle surgery.

And with Origi having suffered no setbacks, he is now expected to be on the substitutes bench in the EL final clash against Sevilla, where the Reds are 8/11 to lift the coveted trophy.

There were more good news for the German tactician as captain Jordan Henderson returned into action at the weekend, although he is unlikely to start in Basel either.

This means that Daniel Sturridge and James Milner will keep their places, but the likes of Origi and Henderson are likely to play a part as well.

Talented goalkeeper Daniel Ward returns to the squad after recovering from a knee injury, while Danny Ings has also returned into action but he will not be featuring against Sevilla.