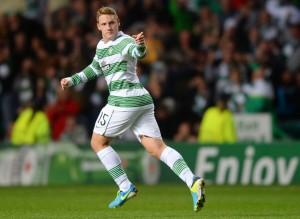 BBC Sport is reporting that both Mikael Lustig and Kris Commons could be out of Celtic’s Europa League clash against Inter Milan.

The Bhoys host the Nerazzurri in the first leg of the last 32 stage on Thursday, 19th February and are priced at 3.00 (2/1) to defeat the Serie A side.

However, coach Ronny Deila has suffered a major blow as both Mikael Lustig and Kris Commons suffered injuries in the Scottish Cup clash with Dundee United.

The Swedish defender has already been ruled out of the Inter game, while his teammate has a chance of making it.

“Kris Commons has pulled a (thigh) muscle but hopefully it will be one to two weeks,” said manager Ronny Deila. “It could be much worse. He can be (fit for Inter).

“It’s more serious for Mikael, it may be three to four weeks,” Deila added.

And while Mikael Lustig will not be sorely missed having made just five league appearances this season, Kris Commons is regarded as an important player and he did well to manage 4 goals and 3 assists in 11 SPL starts.