Tottenham in talks for Ross Barkley 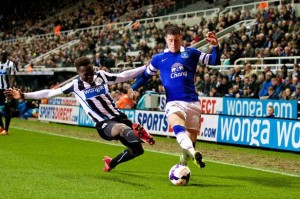 Premier League giants Tottenham Hotspur are in advanced talks with Everton hotshot Ross Barkley, according to the Mirror.

The Toffees have no choice but to cash in on their prized asset after he rejected a new deal at Goodison Park, and everything suggests he will be staying in England.

However, latest reports suggest that Barkley will have to lower his wage demands if he wants to join Tottenham, who have no plans to pay the England international more than their highest earners Kane, Eriksen and Lloris.

Spurs will not be breaking their £100,000 per week limit just to accommodate Barkley, while they also need to reach an agreement with Everton.

According to reports, Tottenham chairman Daniel Levy is not prepared to match the £40 million asking price due to the fact that the attacking midfielder will be a free agent next summer.

Bar loan spells with Leeds United and Sheffield Wednesday, Ross Barkley has spent his entire career up to date at Goodison Park, and he managed 27 goals and 28 assists in 179 competitive appearances.