Southgate hints he will use Stones in midfield 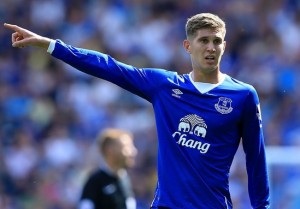 England manager Gareth Southgate has revealed he is thinking about playing Man City stopper John Stones in the middle of the park.

The former Middlesbrough boss doesn’t have too many options in midfield ahead of the high-profile friendly against France, whereas he’s got quite a few central defenders at his disposal.

Southgate could now use the game at Saint Denis to see how John Stones would fare as a holding midfielder.

“He has all the attributes and capabilities to play as a holding midfield player.”

“I think we want defenders who can bring the ball out and show composure. I think he could do either of those jobs.

“You’ve asked me if he’s an option (in midfield). I think he is. He’s a player who is very comfortable receiving possession.

“He obviously hasn’t done that yet, really, so that’s a decision we have to make – but do I believe he can play that role? Absolutely.”

Following the 2-2 draw with Scotland at Hampden Park, England can be backed at 7/2 to defeat their international rivals.