Should Chelsea cash in on Eden Hazard? 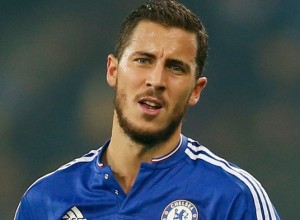 Belgian international Eden Hazard is suffering from an inexpiable dip in form this season and there is an increasing number of calls for Blues to cash in on their prised possession.

Hazard’s disappointing season has hit a new low during the week in the UEFA Champions League when Belgian was jeered by his own fans. In addition, Hazard was subsequently criticised for swapping shirts with Angel Di Maria at half-time, which came as the last drop in his disastrous campaign.

Talented Belgian is under a lot of pressure and it seems that he is failing to cope with it.

His numbers and stats have plummeted as his career has taken a dip arguably for the first time since his debut for Lille and Chelsea fans are starting to lose patience with the winger.

The 25-year-old’s season has, in all honesty, been marred by injury problems, but Hazard’s struggle for fitness is just one of the factors for his slump.

Additionally, Hazard is believed to be thinking about a move away from Stamford Bridge as he has already stated it would be difficult to say no to a club such as Paris Saint-Germain, just weeks before the two-legged tie with the Parisians in the UEFA Champions League.

And with his team effectively out of the Europe’s elite competition, Hazard’s desire to change clubs could only grow in the next couple of months that will see Chelsea wrap up a disastrous season. Blues are currently sitting in tenth place in the Premier League standings, ten points behind Manchester City in fourth and have been given huge 21.00 (20/1) @888sport to make a surprising break into the top four.

Real Madrid are believed to be another club interested to make a move for the 25-year-old Belgian.

The summer will undoubtedly bring fresh speculations and rumours, but the Telegraph already speculates about potential moves and intertwined faiths and destinies of Eden Hazard, Cristiano Ronaldo and Zlatan Ibrahimovic, suggesting a transfer triangle that would most definitely become one of the greatest transfer stories of the year.

Namely, PSG are keen to make a marquee signing in the summer if they fail to agree a contract extension with Zlatan Ibrahimovic and their number one target is Cristiano Ronaldo, who is growing increasingly unhappy at Real Madrid.

On their own part, Real Madrid are focusing on Eden Hazard and are ready to revive their interest in the Belgian and open talks with Chelsea over a summer transfer to Santiago Bernabeu.

Lack of competitive edge and probable lack of European football at Chelsea could urge Hazard to make a snap judgement and decide to leave, although Chelsea have already expressed their willingness to hold on to the Belgian despite his slump in form and critics’ comments towards his form and antics.

Telegraph claims that Antonio Conte, who is expected to be appointed as Chelsea’s next manager, is understood to be keen to work with Hazard and try to transform his current form, but the calls to cash in on an often unreliable starlet are getting louder.

Would it be wise to hold on to an unpredictable player such as Eden Hazard?