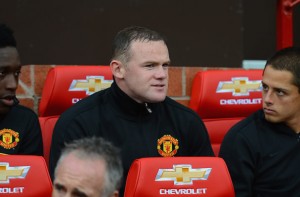 Manchester United captain Wayne Rooney says he has no problems about losing his place in England starting XI after manager Gareth Southgate confirmed his star player would start on the bench against Slovenia.

The highly rated footballer kept his place in the national team despite struggling for form and playing time at club level, and he played in midfield in Gareth Southgate’s first game in charge.

But, with Eric Dier returning from injury, the new boss has revealed that Rooney will not be starting against Slovenia, where the Three Lions are 1.70 (7/10) to emerge victorious.

“We have looked at the way Slovenia play and I knew in my mind the profile of the midfield I wanted to play in this game. In no way is it a reflection of Wayne’s performance on Saturday,” Southgate told reporters.

“He had a lot of the ball and played with great tactical discipline. It’s not an easy decision to take because of the respect I have for him as the captain of this team.”

Rooney admits this is a difficult period for him, but he accepts the new role and didn’t make any fuss about it.

“My game now? Of course, I’m not denying it is in a difficult period. I’ve been on the bench the last few games for Manchester United but that’s part of football,” said Rooney, who is England’s most-capped outfield player.

“I have to work hard and when I’m needed for both club and country, I’ll make sure I’m ready.”

Wayne Rooney is England’s highest ever goalscorer with 53 goals in 117 outings, but he has only managed one goal in 12 appearances for club and country this term.