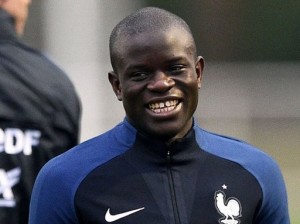 There is a big hype around Leicester City enforcer and for a good reason too.

N’Golo Kante has had a stellar year which saw his rise to prominence with his club and on personal level with the 25-year-old French international going from choosing between Mali and France to starring for Les Bleus at the ongoing Euro 2016 finals.

France have a perfect record from their two opening games and are still standings as the favourites to win the European title with the odds of 4.5 (7/2) @Betfair.

Kante keeps going from strength to strength continuing to put outstanding performances which saw plenty of club to come calling for the Leicester star.

Arsenal have led the chase for the 25-year-old midfielder, but according to Spanish publication El Confidencial Real Madrid are considering signing Kante, who was described as insufficiently attractive a signing for Los Blancos in the past.

Real Madrid have already expressed interest in another French star – Paul Pogba – who is believed to be keen on a move to Barcelona and Santiago Bernabeu outfit have turned their attention to his compatriot Kante who is likely to command a £30 million transfer fee.

It is becoming less likely that Claudio Ranieri will be able to hold on to his prised asset past the summer transfer window and Foxes have already prepared a back-up plan if they lose the French midfielder.

Leicester City are believed to be closing on a £12 million deal for Nice holding midfielder Nampalys Mendy who has impressed at Ligue 1 side, helping them seal Europa League football next season.

Mendy has a year remaining on his contract and is thought to be keen on a move to the Premier League with Champions Leicester seen as a perfect challenge for the highly rated footballer.